The Story of My First Tattoo

I recently published my November recap where I revealed that I got my first tattoo, which many people didn’t see coming. As of right now, only about eight percent of the people in my life know I have a tattoo. I think people think I’m either too scared or too Christian (whatever that means) to get a tattoo, but here we are.

Today, I wanted to share my experience getting my tattoo as well as the meaning behind it.

I wanted to get something that meant “unity” without having a religious attachment. I was going to get a yin yang symbol, but I found out it had an association with a Chinese religion. After doing quite a bit of research, I ended up choosing the above symbol; it’s Kwanzaa’s symbol for unity, which is also called umoja. Kwanzaa is not a religious holiday; it’s a celebration of life in the African-American and African communities, so I thought this symbol was perfect.

The tattoo could also be interpreted in a different way. If you really look at it, it could be two overlapping hearts, and the five dots could represent my siblings — three biological, two step siblings.

Before getting my tattoo, I wanted to make sure my dad was okay with it. If he wasn’t okay with it, I wasn’t going to get one.

I texted him in class and pretty much asked if he would kill me if I got a tattoo. He told me not to get something stupid in a stupid place; he wanted me to think about my career, which is why I chose to put it close to where my arm bends on my left arm.

After getting the green light, (during class) I asked my friend, who already has tattoos, if she wanted to go get tattoos together. We went after class one day to get prices, and we got our tattoos the following week on November 6, 2019.

We went to a tattoo shop close to campus; it had amazing reviews and was owned by a woman. The owner ended up doing my tattoo, and she handled my awkward so well. I had a lot of nervous energy in the beginning; I did a weird hand signage thing with a woman who was watching someone else get a tattoo behind a curtain. I also remember talking about ceiling tiles a lot while she did it.

The actual getting the tattoo felt very nice. It only hurt a couple of times, which caused my foot to jump. Other than that, it was super relaxing; I could see how people get addicted to getting tattoos. There was literally a moment where I fell asleep.

Would I Get Another One?

Probably not, at least not right now.

I don’t know anything else meaningful I want to permanently put on my body. It was a wonderful sensation that cost a bit of money for a poor college student. If I do end up getting another one, it won’t be for a while. 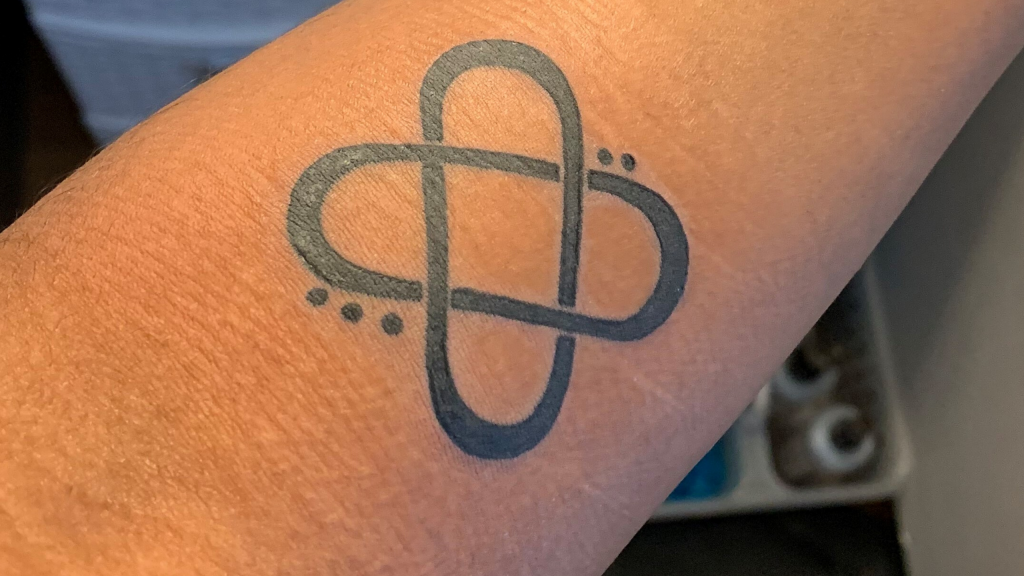 PrevPreviousOur Flaws
NextRanking All the Books I Read in 2019Next