*This is a book review of Internment by Samira Ahmed

“Human beings are capable of so many wondrous things, but there’s no limit to the horrible things we do to one another.”

After a terrorist attack, Muslim Americans become the enemies of America and are sent to an internment camp to live under the horrible cruelty of the blotchy Director. In the camp, seventeen-year-old Layla Amin starts a revolution with the help of some loyal friends. Internment provides new perspective on the inequality most races, ethnicities, and religions experience. This book has the power to confuse you, make you tear up, and stir the need to fight within you.

On the first page, when I read “And to everyone fighting for liberty and justice for all so that this nation, of the people, by the people, and for the people, shall not perish from this earth,” I got incredibly excited.

The message on the first page is found throughout the book, and I appreciate it. For example, chapter two puts into perspective that other people experience the same thing Black people experience, and crazily enough, some paragraphs perfectly depict the messed up morals and ideals of the 45th president of the U.S, who can be found in the novel as the Director. Anyway, “No justice, no peace” makes an appearance, and reading it immediately put a smile on my face; that saying goes way beyond Black Lives Matter. On page 278, Suraya, a black Muslim who proudly wars her hijab, explains this perfectly “The raised-fist salute is about standing up to oppression and racism. It doesn’t belong to one race or culture.”

Just like we’ve seen in recent years, the internet was used to save lives and spread some truth in the novel. As we’ve witnessed, cell phone cameras and social media do a better job at catching criminals and saving lives than the crappy American justice system. The only difference between what Layla , the main character, experienced and what Black people and Asian Americans are currently experiencing is the fact that Layla was physically isolated from society. Though minorities are not physically isolated, we are still isolated, even in twenty twenty-one.

Something else I appreciate is the historical parallels found throughout the book. There are several instances where Layla compares what she’s experiencing to what Japanese Americans experienced during World War 2. On page 122, Layla says “When people lose hope, that’s when the Authority knows they’ve broken you,” and it makes me wonder if that was the case for the Japanese Americans. The author, Samira Ahmed, even goes so far to make mention of the Nazi concentration camps. The “United” States is no better than Germany during World War 2, but to keep attention away from just how awful America truly is, the American education system brushes over what Americans did to Japanese Americans and focuses on what the Germans did to the Jewish people.

Despite how beautifully the book portrays the inequality experienced by everyone who isn’t white, it’s still not a high ranker on the SJ rating scale. I have a logical explanation for this.

Honestly, the book starts off a bit bring and is headache inducing, which is why it took me literally months to get through it. It truly doesn’t start to get good until the climax. After the climax, it starts to go downhill again, and not in a good way. There’s a big, amazing sequence, and the last chapter does a complete one eighty and ruins it.

Furthermore, there’s a slight love triangle happening, and I think it was a bit unnecessary. However, that is minor compared to how loooong the beginning seemed to drag on. Again, it took me months to get through this book, and being in school had absolutely nothing to do with it.

More than anything, this book speaks a lot of truth, especially when it comes to the lack of equality in America. Jake, a beautiful ally of a white man, says it pretty perfectly, “We’ve weaponized whiteness in this country (talking about America).”

Side note: I want a Jake in my life but definitely under different circumstances. If you decide to give this book a chance, you’ll understand why.

All in all, I don’t see myself reaching to read this book again. In fact, I borrowed it from someone and returned it the day I finished reading it; yeah, I was that upset about the ending. However, as I stated earlier, it does speak some truth and has quotes powerful enough to alter some of your thinking– or at least provide a new perspective.

Next book to be read and reviewed: What to Say Next by Julie Buxbaum

“What’s that thing people always say about history? Unless we know our history, we’re doomed to repeat it? Never forget? Isn’t that the lesson? But we always forget. Forgetting is in the American grain.” 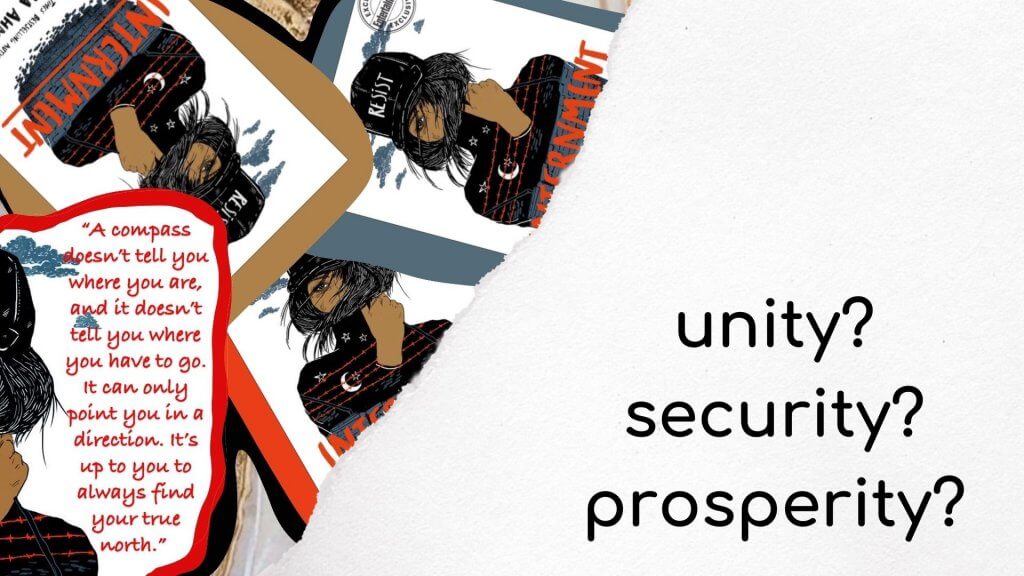