This is a review of Devilman Crybaby, a limited anime series on Netflix. This is the first anime I’ve ever watched, and I have literally no idea how this review is going to go. I don’t know if we’ve established this yet, but my reviews are a little… unconventional, to say the least.

Yes, there are spoilers, though I tried my hardest to keep this spoiler-free.

Devilman Crybaby is rated TV-MA for violence, sex, nudity, language, gore, and probably something else. Because of this, this writing includes discussion of explicit topics; it still kind of blows my mind my 15-year-old cousin recommended I watch this.

Now is where I would try to explain the plot of the show. However, I have no idea where to start because I am still trying to process what I just watched and the overall purpose of it. Lamely, all I can offer is that the music was not too bad; whenever something major is about to go down with the demons, the same instrumental song would play, and I would low key bop.

There’s demons and humans and people with similar names and that’s all I got.

Tons of things from Christianity and the Bible were talked about throughout the show, especially in episode seven–they reached a point of not even trying to hide it.

Backtracking, episode one literally shows Ryo (the head honcho I guess?) falling from heaven, just like Lucifer. Although, some things didn’t exactly line up with Christianity, like when Ryo talks about a “pseudo-Satanic party called Sabbath.” I feel like that’s supposed to mean something, but it just adds to my pre-existing confusion about the show since the Sabbath in real life is the day of rest.

In other scenes, things literally line up with the Bible. Like, Revelations was brought to life in the final episode.

Yes, it’s explicit because there’s a lot of man-eating “gore,” but the copious amounts of sex often lead to the intense scenes of gore. I find it very… interesting… that most of the characters turn into demons by having sex or feeling some sort of sexual pleasure. Again, I feel like there’s a deeper meaning there, but I don’t know what it is.

In episode three, a creep (whose name I don’t remember) smells Miki’s (a main female lead) underwear and took pictures of her naked in the tub without her consent, and Miki’s supposed to be in high school. That kind of stuff is illegal in America! Not long after that scene plays out, there’s a random woman who intensely masturbates and turns herself into a devil.

That’s just a mild example of some of the explicit stuff found in Devilman Crybaby.

Just like any great work that isn’t American, there’s meaning to everything and why everything is called a certain thing (hello vague sentence). Me being me, I cannot figure out the meanings of anything for the life of me.

Part of me feels bad that this review is so short. However, I am still trying to process what I just watched and figure out the real reason for literally everything on this show.

I just want to take a moment to appreciate some commentary the writers slid in.

There’s commentary on the police and the way they treat people; it comes when Miki says they judge people based on their appearances (sound familiar?). Ryo, as much as I don’t like him, also provides commentary on how humans distract themselves with alcohol, sex, and girls. I can’t stand the guy, but he has a point.

So maybe this review didn’t have as many spoilers as I initially anticipated. Again, I’m still trying to process what I just watched. However, I will say I’ve never watched a Japanese or South Korean work with a bad plot (I refuse to watch Squid Game, but I know the plot is good).

I’m still trying to figure out who wrote this. There was a sign for gender neutral hot springs in one of the episodes, which makes me think a liberal Christian had a hand in this, but I am too lost to try to figure it out. I might go on an internet deep dive or something.

The best thing about the show is realizing I can watch gore but only when it’s in an anime. Personally, I think that’s progress.

I finished the show feeling incredibly frustrated and having about three thousand questions.

Who wants to help me answer them? (Kidding) 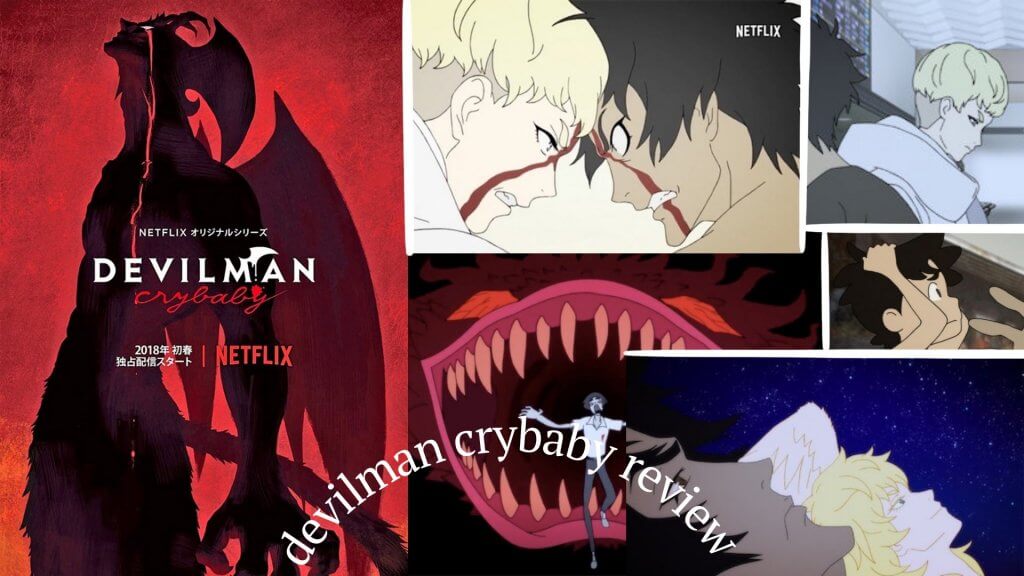