Mac Miller spent the latter half of 2021 getting recommended for me on Spotify, so I decided to cave when the new year started and committed to listening to Mac Miller’s entire discography.

Well, what’s available on Spotify. I’m not sure if it’s his entire discography, but I listened to eleven albums.

After completing my Mac Miller excursion on Spotify, I can easily say I wish I was not so late to the game, and I now pay more attention to the music my friend plays while we are in the car because she been knew (lol). I am more than mad that I’m giving in to the genius of this man and becoming a stan after he’s passed.

While listening to the albums, there are two things I found myself noticing and appreciating. First, he is a man of few features, and I feel like that’s such a rarity for a lot of music nowadays, especially rap. Secondly, he definitely does a good job of making an entire track list match the title of an album with his lyrics, if not the titles and order of the songs. I especially felt this listening to Blue Slide Park & GO:OD AM.

He is a man of consistency, and I find that to be both beautiful and rare.

To go over my thoughts on his discography, I thought it would be fun to rank all of Mac Miller’s albums from “forever on repeat” to “already forgotten,” based on my own music taste of course. It was so hard to pick the order of my top five because they all tie for number one in my book.

It was so incredibly difficult to pick two songs from this album, but I have been singing “Under The Weather” nonstop since I first heard it. “Diamonds & Gold” is helping me get through a weird time, and for some reason, that song reminds me that I am an incredibly independent and phenomenal woman. Something about this album is such an unforgettable, good vibe. There’s such a story and flow that makes me reach for this album every time I decide to listen to Mac.

This is a completely different vibe from Blue Slide Park, but I love it all the same. When I first heard “Funeral,” I was not okay, and I absolutely NEED someone to play “Happy Birthday” when June 17th comes around, even if I am out of the state. Besides Still Over It by Summer Walker, this album is my current comfort album. There came a day when I walked into work and played “Yeah – bonus” nine times in a row; this song perfectly articulates my current mental headspace.

We go from sad boi hour back to good times; welcome to how my mind operates. Anyway, this is one of the most fun albums in my library, and after realizing it came out in 2010 (crazy to think I was 11 then), the production on some of the tracks makes sense. Kid you not, I have an entire car dance to “Knock Knock.” All you have to do is look at the track list to know it’s a good time, especially with song titles like “Kool Aid & Frozen Pizza” and “Nikes On My Feet.” Such. A. Fun. Album.

Honestly, it was incredibly difficult to pick my top two songs from this album; there were quite a few that were just too good–“Donald Trump” is not one of them (I feel like that song did not age well for many). If I had to pick a third song to include among my top two, “Wear My Hat” would be with them. Like the rest of the album, that song possesses fun, genuinely good vibes. I found myself smiling a lot while listening to this particular work.

This is another album where I found myself smiling quite a bit; it’s become the album I listen to when I accidentally wake up at a stupid early hour on Saturday morning and have the whole day to simply exist. The sun is shining with a light breeze in the air, and the birds are chirping their little hearts out. This album does a stellar job at providing a visual while listening to it, and I think that’s one of my favorite aspects of it.

I think this album has the most features, compared to the other albums and ratio of songs with & without features. In a way I don’t know how to explain, this album made rapping about sex sound classy and not so… aggressive; it kind of explores the intimacy and emotional connection sex can have. Again, I don’t know how to explain it, but that’s the immediate vibe I got from it, especially listening to “Skin.”

This album really screwed with the depressive side of my anxiety. Like, Faces had me in absolute shambles in a way that was almost factual and described the place I was in; whereas this album was taking me to a darker place and was doing nothing for the betterment of my mental health. As per usual, Mac showcased how much of a lyrical genius he is, but dang. It was hard to get through this because it was challenging my thinking and the progress I’ve made over the past year.

8. Watching Movies with the Sound Off (Deluxe Edition)

Now we get into albums I will more than likely never listen to again. I just could not vibe with this album, and I have yet to figure out why. From my initial listen, all I remember is consistently checking to see how many songs were left until it was over. The two songs listed above are, without a single doubt, the only two songs I liked and will continuously listen to, especially “Aquarium.”

I feel like this is another album that is incredibly obvious about how heavy the topic of sex is rapped. Also, I find it interesting that albums with that particular theme have a lot more features compared to his other works. This album could give The Divine Feminine a run for her money with the amount of features it has. The only song I find myself consistently listening to from this album is the final track, and I use it as a hype song to motivate myself to walk into work.

The best thing about this album is the live element of it; it further solidified my wish to have seen him live. If I had to pick a song I liked, it would definitely have to be “The Question – Live”, but only the first part; the ending got to be a little too much for me. There’s not much else I can say, to be honest.

This album being at the bottom might be a little controversial, but it is what it is. After my first initial listen, I almost immediately forgot that I listened to it. Like, I could not tell you anything about any of the songs on this album except he performed “2009” during his tiny desk concert. *shrugs*

This self-assigned project more than likely secured Mac Miller as one of my top five artists of 2022, and I’m not mad about it. Mac has the ability to fill me with so much joy and positive energy but also mourn and contemplate my existence.

If you haven’t given Mac Miller’s music a chance, this is your sign that you need to.

This was my first time doing a review/writing like this, and I thoroughly enjoyed it; I definitely plan on doing more. 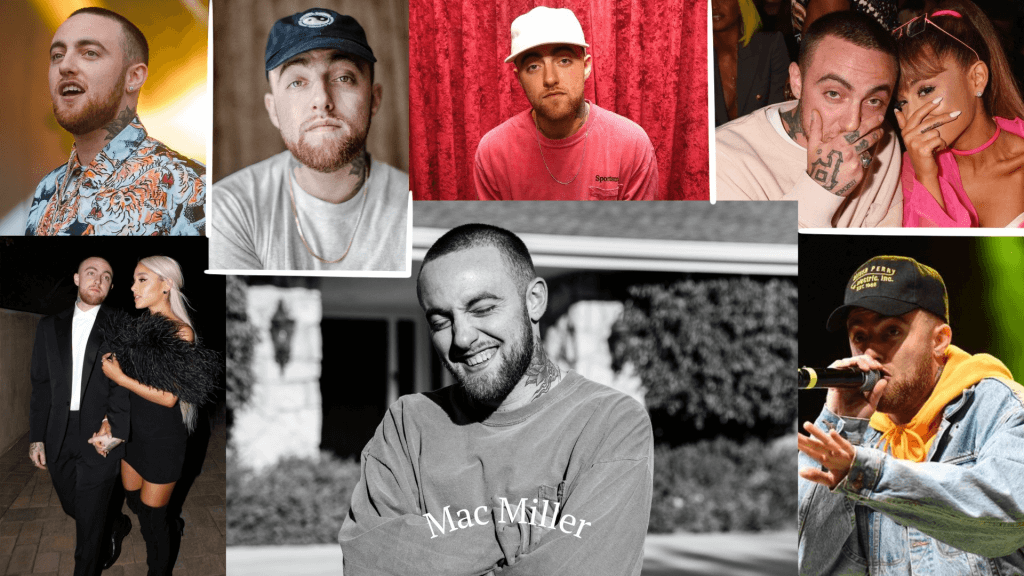