A Friends? to Lovers Romance

*This is a book review of The Hoodie Girl by Yuen Wright.

“I’m really beginning to hate these weird internal feelings. Like, is there an off switch for them?”

Hiding behind the protective shield of a red hoodie, Wren Martin has dedicated her final year of high school to remaining invisible and achieving academic success. However, her desires are thrown out the window when she has a chance encounter, or several, with Asher Reed. As they finish their senior year, Wren and Asher go on a beautiful journey that changes the trajectory of the life they envisioned for themselves.

First and foremost, you must know that I read the original version on Wattpad (like, as she updated each chapter periodically). Yuen Wright is one of the best young adult romance writers to come from Wattpad, and kid you not, she is the sole reason I still have the app.

One thing I love about Yuen is how descriptive she is, especially when describing the appearance of the characters. She made the published version more detailed, which I did not think was possible; Yuen does a beyond phenomenal job at painting a picture.

Also, she kept the main plot of the story but altered a few things and added a new level of relatability. I especially felt this when Wren had a panic attack–beautifully depicted by Yuen.

There were several moments where my heart absolutely melted; one of them being the scene where Asher gives Wren the nickname/pet name Birdie. Forever an iconic moment.

It felt good to still see bits and pieces of myself in Wren. The way she warned Asher about crying a lot and being awkward is exactly what I’m going to do when I find someone to be in a relationship with. Wren literally said, “I’m really awkward, and you’re not going to understand what I’m saying at times.” FELT.

My favorite thing about the entire book: she kept the iconic Wren line “In a field of roses, who would really choose the daisy?” I melt every time… I literally contemplate getting a daisy tattooed in my bouquet of roses because of this quote.

I wish I was kidding.

There’s a lot more hockey jargon in the published version, and those chapters were kind of tough to get through.

There were a couple of moments that didn’t flow so well for me. The moment of hardship Asher and Wren faced was incredibly short-lived; I would love if it were longer with a bit more drama. Also, the chapter about prom seems a little rushed and almost unnecessary. I feel like there are parts cut out that would explain why we should care about Faye (a very, very background character) showing up to prom with Brody (a standard side character).

Of course, with it being a Wattpad published book, I anticipated spelling errors, like the misspelling of “goal” on page fifty-four. In other instances, there were grammatical errors that made certain sentences difficult to read and understand.

Also, the cover could be better. Personally, I think it doesn’t do any justice for the characters and writing; it resembles childlike artwork.

All in all, it feels like an even slower burn than the Wattpad version, which I appreciate. I am a sucker for a good slow burn.

Yuen took the notion of nothing lasts forever and turned it away from its negative connotation into something more positive, which aids in a new realization I’m processing myself.

Despite the few things I disliked, I believe Yuen wrote a beautiful debut novel.

Next book to be read and reviewed: This Close to Okay by Leesa Cross-Smith

“I wasn’t allowing myself to be happy. To be open, bold, confident, and… free.” 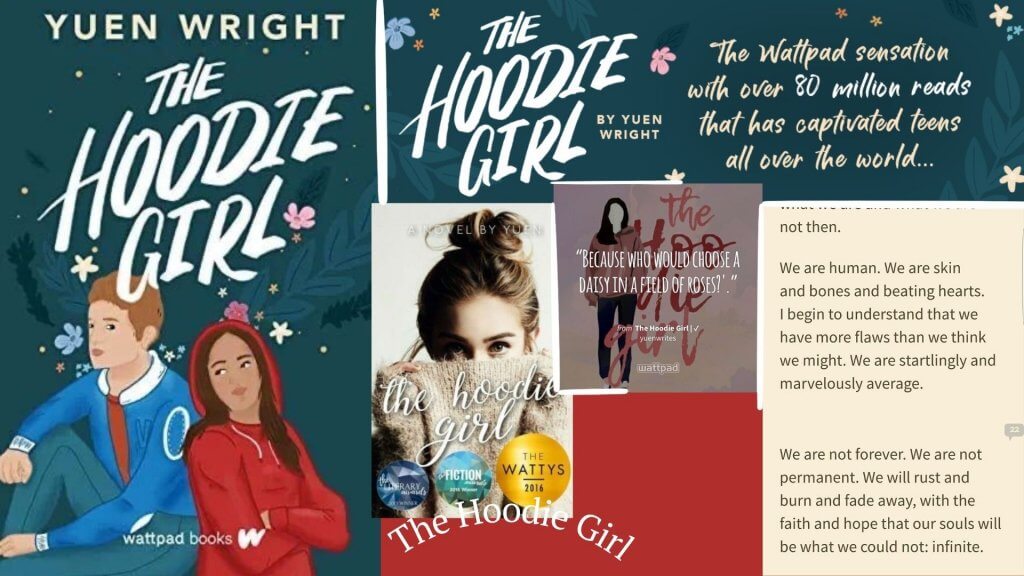