Sex, the Foundation of Love?

*This is a book review of Ugly Love by Colleen Hoover.

“If that boy can’t see what a good thing he could have with you, then he ain’t worth your time.”

Love can be beautiful and breathtaking, but love can also be messy and ugly. In the… complex… case of Tate & Miles, does ugly love destroy all hope for a new beginning? Or does a second chance wipe away the ugliness love has the potential to create?

I was trying my best to avoid reading anything by Colleen Hoover since she’s so popular (yeah, I’m one of those), but since I got stuck in an airport for twenty-four hours and found the Read and Return Program, I decided to give this book a shot.

To give you a vibe for this book: The imagery of Colleen Hoover’s words for that first kiss between Tate & Miles had me hot and bothered in the middle of an airport waiting area.

From the jump, I believe the supporting character Cap is my soulmate; we both have birthmarks on our butts, which means we both must’ve bled out of our butts in another life…

The writing in this book is beautiful. First person point-of-view and alternating between the two leads? Heck yes. My favorite kind of writing.

Because Rachel’s (side character) beauty is that of poetry to Miles, everything written in Miles’ point-of-view regarding Rachel is written in the format of a poem. Furthermore, Hoover changed the font sizes to show the change in intensity/tension, which was such a genius move.

Colleen Hoover wrote a male lead who is in tune with his emotions–my dream life partner, take notes. It’s one of my favorite things about the book, and I absolutely had to share.

Now for the majority of the plot:

The steamy scenes left me HOT. AND. BOTHERED. If there’s anything Colleen Hoover is good at, it’s imagery and writing sex scenes.

However, there is a moment where Miles goes beyond the steam and tension to hit you in the feels. He says, “I can’t see anything where she won’t be my everything.” There’s not much context to that statement, but just know, it hits you in the heart when you read it in the book.

There was also a consistent metaphorical use of liquid/water from both characters’ povs, which I appreciated. Once I finished the book and reflected for a few minutes, the cover made sense.

To bring it back to Cap, I also love this man because he provides most of the wholesome content and necessary wisdom for the characters. Like when he says, “Sometimes a man’s spirit just ain’t strong enough to withstand the ghosts from his past.” I literally sat and thought about that statement for a good ten minutes.

Despite all the good, I don’t quite understand the hype (with this book, at least). It’s very similar to several Wattpad books I’ve read (per usual, I am unashamed to say I still read predictable romances on Wattpad). The only difference is Colleen Hoover is a bit more detailed when it comes to the steamy scenes.

I reached page 200 and realized physical attraction is the basis for every relationship in the book, and we don’t really learn about any of the characters, besides the mutual love for orange juice.

Tate is twenty-three, and in some backwards part of my mind, I felt like I was meant to read this book since I just turned twenty-three.

I’m not sure why because it’s mostly sex and sexual tension.

Any who, this book definitely gives me Friends with Benefits vibes (starring Justin Timberlake and Mila Kunis), except more intense than comedic and better since it’s in literary form.

The relationship does go beyond the physical by the end of the book, but it’s still not my favorite trope.

I’m not going to lie though, I do kind of want to read another Colleen Hoover book. Definitely one with a little more substance.

Next book to be read and reviewed: Big Friendship: How We Keep Each Other Close by Aminatou Sow & Ann Friedman

“That’s how it is when a person develops an attraction toward someone. He’s nowhere, then suddenly he’s everywhere, whether you want him to be or not.” 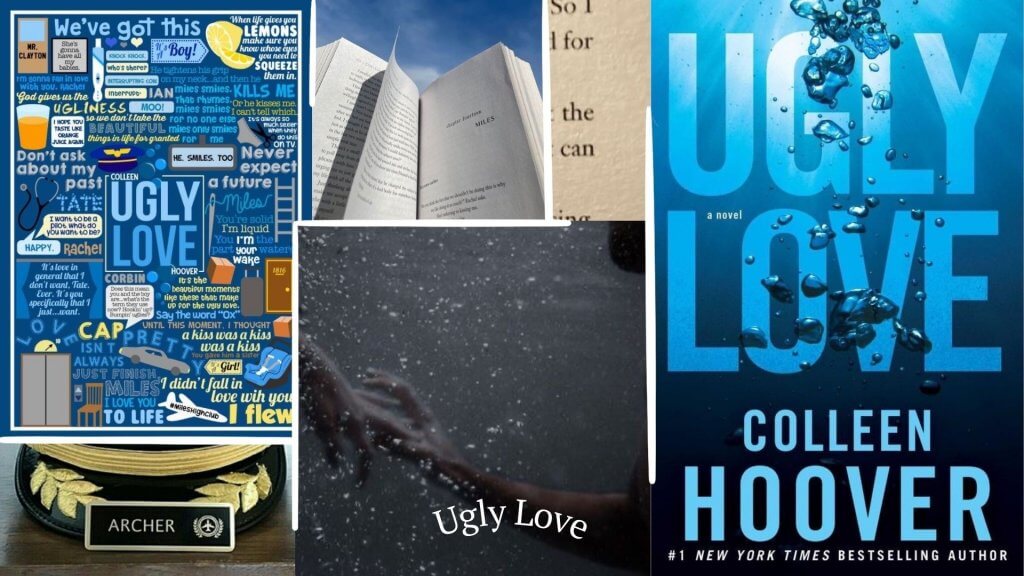