“you could do better”

But do I want to?

It took a coworker stuck in the 20th century to say this before my resolve mentally snapped. Writing about this will ease my mind and stop me from verbally snapping.

I am so tired of people feeling the need to tell me I can do better because whatever better they think I can do is based on the standards they have for my life. It’s my life so it’s my standards.

Deciding whether I can do better or not is another mental game of tug-o-war where I could feel like I’ve reached my best, but I also feel like maybe I could do so much better.

Those thoughts boil down to assuming and not knowing how someone feels about me.

Somehow, knowing someone hates me with their entire being makes me want to strive for better… or go back in time and undo whatever caused their negative feelings toward me.

When it comes to pursuing a romantic relationship, I don’t want to meet people’s standards and visions for who I can see myself conquering life with. The preconceived notions and judgements people have are why they say I can do better, but after getting to really know someone, I know when I can and can’t do better.

People try to set me up with rich guys with big jobs, tall with clean faces, boujee to the max, and a big ole homebody. I prefer going out and exploring, trying new things and not being judged for disliking what I try, and hair literally everywhere.

Of course, this frustration with these four words goes beyond relation to romantic relationships.

The minute people find out I have a degree, I get told I can do better than the retail world. I already know that and beat myself up about it more than I’d like to admit. Hearing everyone else tell me I can do better in the career realm does nothing to ease the pressure I’ve already put on myself.

I could do better in familial and friendship relationships too, but I don’t trust a large portion of the people in my life to be all parts of Jamilah around—as we’ve discussed several times in this small corner of the internet so let’s move on.

If there’s anything I do know, I could be better at not opening up to my current coworkers. Nothing that encourages positive mental progress ever comes from it.

So, I don’t want to do better by someone else’s standards, with anything I do with my life. 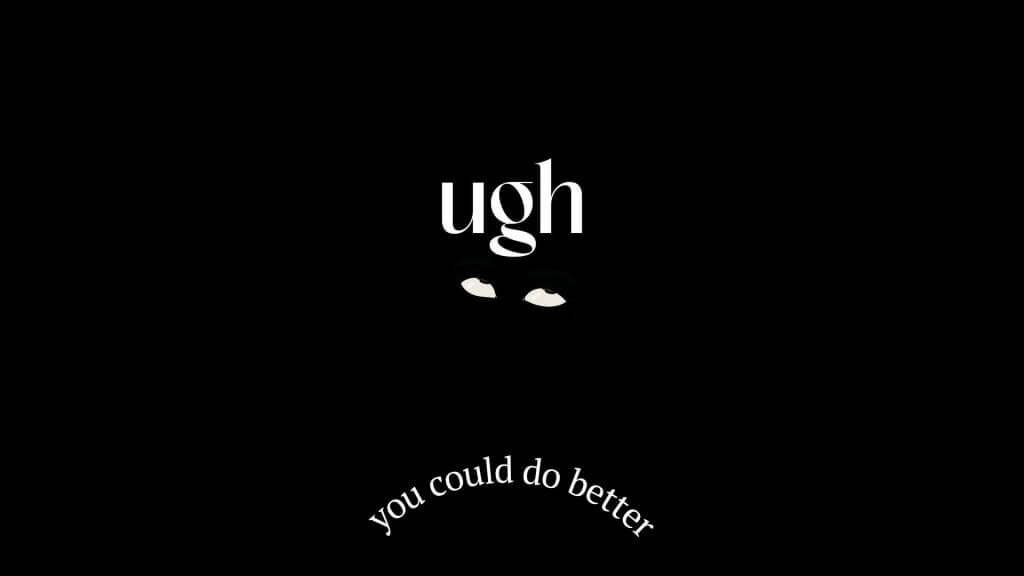