Her Body, Her Truth

*This is a book review of My Body by Emily Ratajkowski.

“Why were the ones being asked to adjust? To cover up and apologize for our bodies?”

Through several series of essays that cover a wide range of topics, from assault to ownership of a woman, Emily Ratajkowski tells the story of her body and all that it’s—and she’s—gone through as it was put on display. With Emily’s essays, the wonderment of what the female body can endure is available for all the world to read and learn about.

EmRata starts off discussing “WAP” by Cardi B & Megan Thee Stallion, and I immediately knew I was going to really like this book.

She then segues into discussing her role in the “Blurred Lines” music video and argues the perspective of her body being objectified. Not long after the beginning of the book, there is a more in-depth look at the process and behind-the-scenes of the infamous music video that catapulted her to fame. But… is no one going to talk about Robin Thicke inappropriately touching Emily on set? Why was this not discussed? It’s not something to be brushed off and disregarded.

This book is honest. Raw. Heartbreaking. There were several moments where I could do nothing but gape as my eyes filled with unshed tears. My Body discusses several things, including anxiety, sexual assault, social media, the legal battles & rights over one’s own body.

The symbolism she uses, like with the hummingbirds, is both beautifully written and daunting. Her battle with self-esteem and self-worth hit very close to home.

Also, considering her recent divorce, I think it was a smart move for EmRata to write him as “S” instead of using his full name.

As for the phsyical book, the size of it and the size of the font are absolutely perfect. Furthermore, I appreciate that there is no image on the cover. Considering EmRata is famous for her body, she made sure the focus is on her words and all she has to say, starting with the cover.

While understanding this phenomenal book is a collection of essays, I still think it would be a little bit better if it were in chronological order. There were several moments where I found myself thinking “Oh, we’re going back in time.”

This is the second book in a row I’ve read by someone who was on iCarly (yes, she was Gibby’s girlfriend). Like with the previous book, I was not disappointed.

She sums up the contents of the book beautifully in one quote: “It is both so extraordinary and so common, the way our bodies take us through our lives.”

The book takes us all the way to the 2021 birth of her son, which I think was the perfect way to end it.

Next book to be read and reviewed: Better Than the Movies by Lynn Painter

“Be the loudest in the room, the most opinionated, the one in the most revealing dress.” 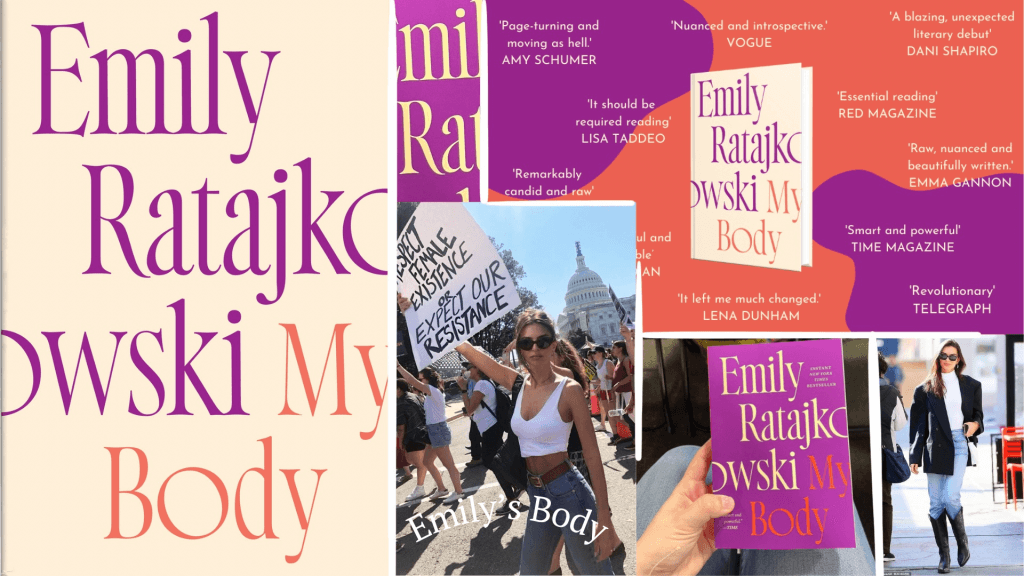 PrevPreviousMy Body After 1 Year: 2022
NextRanking All the Books I Finished in 2022Next