*This is a book review of The Last Black Unicorn by Tiffany Haddish.

Being the book is written by a comedian, you would expect comedy throughout, and Tiffany did not disappoint. There’s comedy on the very first page when she says, “I am inviting you to read it [the book], because I never want you to say I didn’t invite you to nothing.”

When you look past the comedy, you dive deeper into who Tiffany really is, which is way more than a comedian. Throughout the autobiography, there is a recurring theme of making decisions to find or be with her dad, a man who did not want to be in her life and completely abandoned her. Those decisions have made Tiffany the woman she is today, and even though she goes through some crazy stuff, I’m happy she went on her journey. Look at where it got her; she’s dating Common now.

Anyway, I personally love books and documentaries because you learn a lot about celebrities and infamous people/events. For example, I learned she actually has Jewish roots because of her father; she’s of the Jewish race, not religion. Another example would be learning she used comedy to get by in school, and as I read the book, I realized comedy is how she got through a lot of things; it’s kind of like therapy for her. I could be wrong, but that’s what I got from the comedic relief in the book.

There’s one moment where I found myself hardcore relating to Tiffany. On page 59, she talks about wanting to belong, and that short passage was something I didn’t expect to relate to but did. Of course, I didn’t try to join a gang like she did, but it still related.

On page 236, there is another moment where Tiffany writes six words I want to scream from the highest hill I’m willing to climb, “I AM TIRED OF EXPLAINING MYSELF.” She wrote it in all caps and everything, which I think made me feel the words even more.

As comedic and eye opening as the book is, it is a little difficult to read. The most obvious reason is it’s written in Tiffany’s dialect, which makes sense since she wrote the book. Still, it doesn’t make it too easy to read. Also, it gets a little confusing with the timeline and the way each story is recounted; my brain started to hurt a couple of times when I tried to visually imagine the timeline so I could keep up.

The Last Black Unicorn shows me Tiffany’s life is definitely a testimony of “started from the bottom now we’re here” and shows what God can do in someone’s life. You just gotta have faith. When you look past the grammar and confusing timeline, Tiffany’s crazy life journey is extremely inspiring.

Next book to be read and reviewed: Dear Martin by Nic Stone 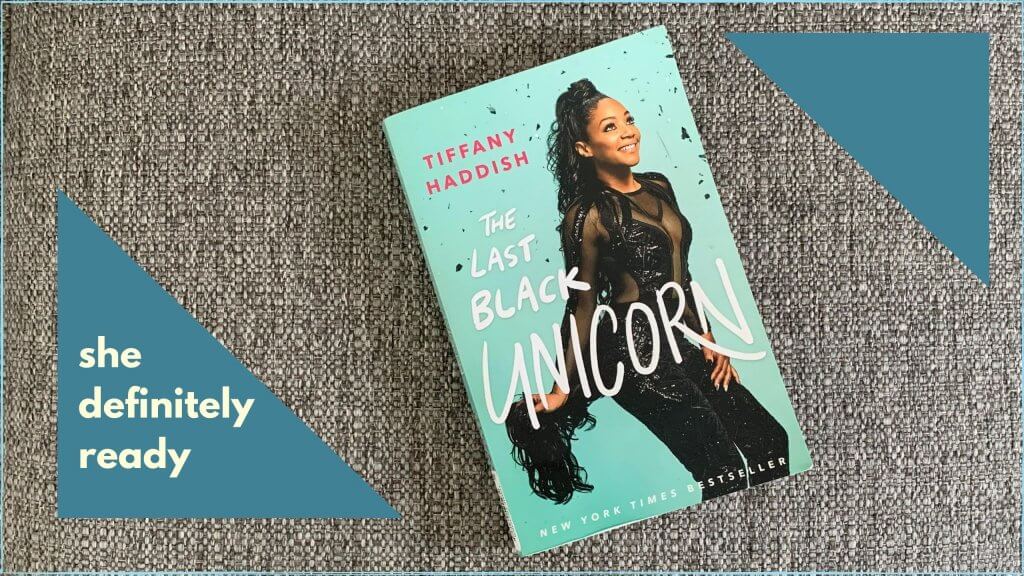