*This is a transcription of a personal voice recording from January 24, 2021.

You [talking to myself] are coming down from a panic attack caused by the weird crackhead energy you feel like you displayed at work today, and this is after a shift where you opened the store. You knew from the moment you spilled your venti white chocolate mocha– before the store even opened, before you finished putting money in all the registers– you knew today was going to be a long day.

I think after two instances of displaying what you call crackhead energy and feeling intense anxiety and guilt about your actions, you are able to define crackhead energy.

Most of the time when you’re at work and say what’s on your mind, you immediately apologize afterwards. Today, you straight up said what you had to say without a single apology, and because you are being unapologetically, 100% authentically yourself, you call that crackhead energy. I think the fact that the store is struggling with friendliness is weight you are putting on your shoulders.

Because you are so loud, you are so present, you are so obvious with who you are, it probably makes the customers and maybe even your coworkers uncomfortable. Part of the reason you’re putting the weight on yourself is because you believe your loud personality is the problem. It’s bad enough that you are the only minority in a role of leadership brave enough to act like yourself, and yourself is loud; yourself is an extrovert, which is not something you were three years ago. Most of the time, people don’t like what you have to say or, at least, you think they don’t like what you have to say or they don’t want to hear what you have to say. You’re constantly thinking that you are annoying.

The more pressure and stress you feel, the louder and more obnoxious and more yourself you become and show at work.

After long shifts where [crackhead energy] is displayed for long periods of time, you feel anxious. You feel guilty. You feel like the store’s struggle with friendliness and producing great numbers will be your fault because of this energy that you have put out there. That anxiety and that guilt you’re feeling creates a panic attack.

You’ve had more severe panic attacks in the past so I don’t want to say I applaud you for not having a complete spazz out like you did one time at work in the bathroom. However, I’m proud of your progress.

After today’s crackhead energy and some of the conversations you’ve had, you are starting to get in your head a little bit. You gave someone your phone number, and it unnerves you a little bit because the more people you add on Snapchat or give your phone number to, the easier it is for them to find this blog, your world, the insides of your brain.

It’s like in your role of leadership at work, you are all of a sudden not as invisible as A) you thought you were and B) you want to be. Now at 8:33 pm on a Sunday night when you actually have homework that you probably should be doing, you are fearing that this world will be discovered. You’re scared that people will find your blog, your podcast, your Etsy shop, any of your Instagram accounts, your low Snapchat score, and judge you.

Let’s not even talk about the fear that you feel when you simply think about uploading a video on YouTube because you think that somebody will find it, watch the video in front of you, and critique it.

It’s a scary time, and all you want is to be invisible again, to run away from the friendships and the weird dysfunctional second family that you have become a part of.

You can’t run, dude. You have to learn to accept the fact that people are going to judge you, even though it’s not really their place because this is a spot on the internet where being yourself is allowed. No matter what, you have to overcome that fear. You have to be okay with them finding this piece of you.

We’ll see what the future has in store, but you can’t be scared of it. You have to be ready for whatever comes your way.

You’re creating a platform that you’ve always wanted in your life because that’s what Simply Jamilah is. This is blog is just a bunch of words and randomness and content that you wanted to find for yourself.

Go back. Look at old blog posts and then look at now; look at how far you’ve come. Just remember that it’s only the beginning. Even if it’s been three years, it’s just the beginning. You’re growing, you’re thriving, and you’re doing so damn good.

The journey and the content you’re creating is beautiful. You’re pretty much creating your own virtual role model.

So if the situation arises where someone confronts you because they have discovered your YouTube channel or Snapchat score or anything else and talk about the low analytics, remind yourself that you are creating and putting out content that you wanted, that you were looking for in other people.

So calm your heart. Relax your mind. It’s going to be okay. 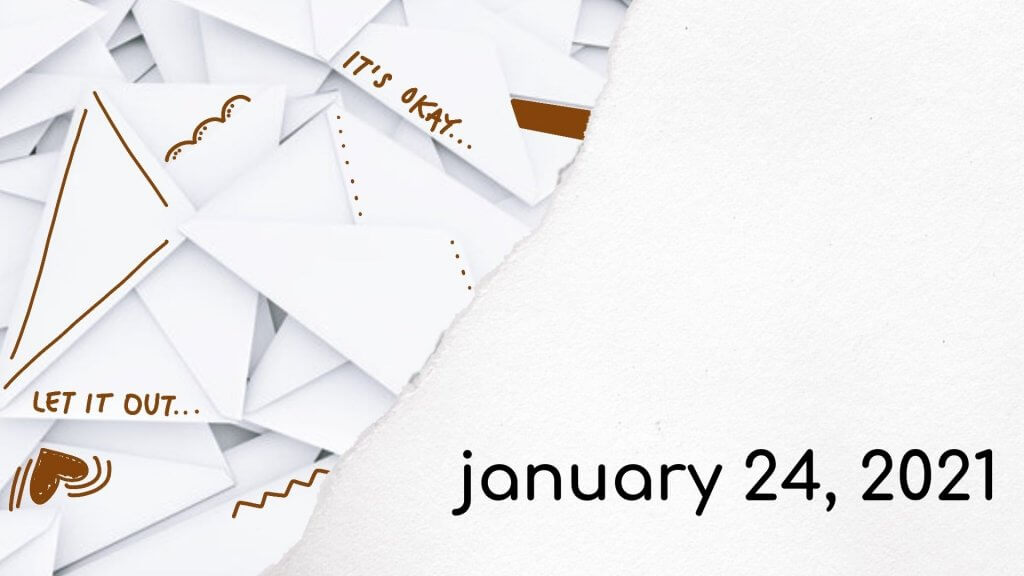