A few days ago, I returned from my second trip to New York. The first time I went was with family friends and heavily focused on the Long Island side of New York, as well as living out their everyday lives. During my first trip to New York, I put up a big front and wasn’t fully myself; I didn’t want to tarnish their perception of me.

However, this go around, I traveled to New York by myself and met up with a friend (like, one who is my age and has seen all sides of me over the years). This time, I stayed in the city and said and did whatever my heart desired.

Lots of the Tennesseans I know made faces when I said I was traveling to New York (it was as if their faces said “ugh, why?”) and tried to prepare me for all the bad things that would happen. Of course, I ignored them because mundane people who I hardly speak to have absolutely no power over my life.

Though everyday in New York had its imperfections and crime is still a thing (literally witnessed a man steal something from a woman’s unzipped backpack), I still enjoyed my time in the city. During this trip, I found myself being very observant and took mental notes on the city I’ve come to kind of fall in love with.

From traveling to the different boroughs with fresh eyes, I noticed the division between the different races and ethnicities. Maybe it’s always been obvious, but I can be incredibly oblivious sometimes. Obviously, there’s places like Chinatown and Koreatown, but I got off the subway and realized just how Caucasian Times Square and SoHo are compared to how Black and African Harlem is. However, there’s a weird sense of community. Of course, the individual boroughs consist of their own communities, but it was incredible watching everyone come together on public transportation and exemplify peace.

Speaking of public transportation, I was incredibly mind blown by everyone following the rules and showing consideration of others. Whether there were signs or not, tons and tons of people wore masks– on the subways, in the stores, on the sidewalks, in the parks. One woman talked to me about how though she is fully vaccinated, she wants to respect the lives of those around her.

There’s an admirable kind of confidence among New York residents. People are so incredibly self-aware and simply don’t care when it comes to everyone else. They’re not afraid of the judgmental stares, the pointing, the whispers. I found myself being incredibly inspired by everyone simply living their lives without showing any signs of fearing what people think.

It smells so fucking horrible. I didn’t realize it during my first trip, but this trip exposed me to all the nasty smells of New York. Whether you’re in the subway or meandering through Times Square, it smells disgusting. If there isn’t an overpowering smell of complete nastiness, there isn’t a smell at all.

Something people (at least, Tennesseans and some Southerners) warn you about is how rude and malicious people are. For the five days I was in the city, and even the first time I was in New York, people were nothing but kind to me. I believe some people could tell I wasn’t from the city, but I think that encouraged the kindness more than anything. With every stranger I encountered (who didn’t give me the creeps with their stares), I made pleasant small talk where nothing but kindness was displayed.

(Shoutout to Tagalong for helping me with my Metro Card, for the girl who hopped the subway entrance when my Metro Card wasn’t working, for the Nigerian woman who gave me directions to Central Park, for the Shake Shack worker who gave me free fries in exchange for some lotion, and everyone else who showed the Black chick with four feed-in braids some kindness).

Among all the trips I’ve taken nationally, this one had to be my favorite. I could be completely myself, and I realized I am definitely a city girl– just not a New York or Nashville city girl. I need a city with a bit more diversity compared to Nashville and a little less huge compared to New York.

Thank you for everything New York. I shall definitely see you again. 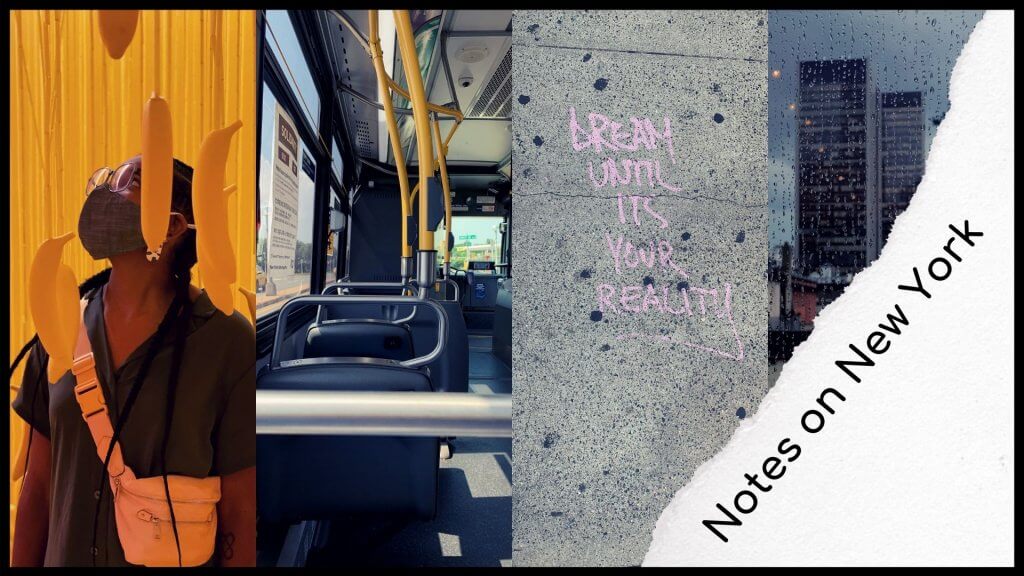