Considering this show has gotten a little bit of hate (for some unknown reason), I must say the title is based on my own opinion and preferences.

This is an episode-by-episode review of the nine-episode MCU series She-Hulk: Attorney at Law, a dramedy (more so on the comedy side) about my favorite beings–Hulks.

My favorite hero is The Incredible Hulk, especially the Mark Ruffalo version. A young and middle-aged Mark Ruffalo knows how to get my heart racing…

Anyway, if you haven’t seen She-Hulk: Attorney at Law yet, this writing is full of spoilers.

The best way for me to review this show is by sharing the four pages of notes I took while anxiously watching a new episode every Thursday night.

“And I’m sorry that I said a bunch of harsh but very true things.”

* I felt seen when there was consistent belching. Those are the kind of people I need to be around.
* This show: Proving women are stronger than men, especially when men feel the desire to mansplain without answering a simple question
* Cute: Paying homage to Tony Stark and trying to figure out who Captain America really is
* Discusses the everyday anger and frustration that simply comes with being a woman
* Loved the special post-credits clip where they discuss Captain America’s butt (better known as “America’s ass”)

“I’m okay with not being okay.”

* Absolutely love: Discusses all the things women struggle with finding equality and care in the workplace

* Love when she breaks the 4th wall, especially to talk about a cameo every week
* Dr. Strange crossover with the fave Wongers
* The Tattle faux show is totally a Wendy Williams show dupe, and I found it to be a little too funny
* The Megan Thee Stallion moments—inclusion of another empowering woman. The entire subplot of the episode was centered around Megan Thee Stallion, and I personally loved it.

“Swipe dating is so dehumanizing.”

– She-Hulk’s date who only wanted She-Hulk

* Jennifer said seeing Wong again is like giving the show Twitter armor for a week was hilarious because that’s exactly what happened after episode three aired; I can’t tell you how many articles I saw about Megan’s twerk moment
* Her date was similar to a couple of dates I’ve been on where the men show their lack of ambition and maturity by rating other women. The fact that he rated Jen in front of her face killed me but also made me low key happy; it’s been a minute since I’ve seen a decently realistic portrayal of disgusting men on television.
* It sucks that the one good date she had only liked her in She-Hulk form. My deep-thinking mind would say it represents how hard it is for people to accept all sides of someone in the dating world.

* Jen talked about weddings happening at inconvenient times was honestly super hilarious because it’s so true
* Showcased every woman’s least favorite scenario of someone asking “How’s it going?” But only caring about your romantic relationship status
* Her not being able to Hulk-up could also be another bit of foreshadowing
* Forcing a sincere apology with twenty seconds of eye contact from a man was such a boss move; every woman in the world deserves one of those.

“Everyone we meet, no matter how much they hurt you, is a lesson learned.”

* All the emotion felt after Josh ghosted Jen and Jen realized it was SCARILY relatable
* Played “IDGAF” by Dua Lipa for five seconds, and I was here for it

* The actor portraying Matt Murdock wasn’t too convincing
* Matt talking about colonizers stealing from Wakanda/black culture, even though he literally did that, was so beautiful and necessary
* Everyone was so overdramatic when she lost her mind. If someone put my very private and personal info out into the world like that, I’d be upset too

“I’m not running from my problems; it’s a mental health break.”

* The Disney+ screen moment, breaking out of the show to talk to the production team… GENIUS!
* Loved the sneak peeks and teasing for the next round of Marvel works, like the question about the X-Men joining the MCU
* She made a really good point about most of the heroes having (relatable) daddy issues
* The Hulk revealing he has a son had me SHOOK!

Most, if not all, episodes of the show are written and directed by women, which makes the show more amazing. Plus, the music used in the end credits was strictly by female artists.

Apparently, this is the last television series of Phase Four of the MCU, but I’m not sure how true that is since I’m amateur at keeping up with that aspect of Marvel. If that is a true statement, I’m very curious to see how Phase Five goes, considering the way the finale went. Plus, this was a great introduction to the new wave of Marvel heroes.

No matter what, She-Hulk: Attorney at Law is a phenomenal show, and the biggest reason is because it calls out sexism while showcasing the strength and empowerment of women… something we all need to do during this day and age.

It’s also phenomenal because Jennifer breaks the fourth wall to talk about every episode as it happens, which makes my soul happy and relieves the usual anxiety I feel when I watch Marvel works. 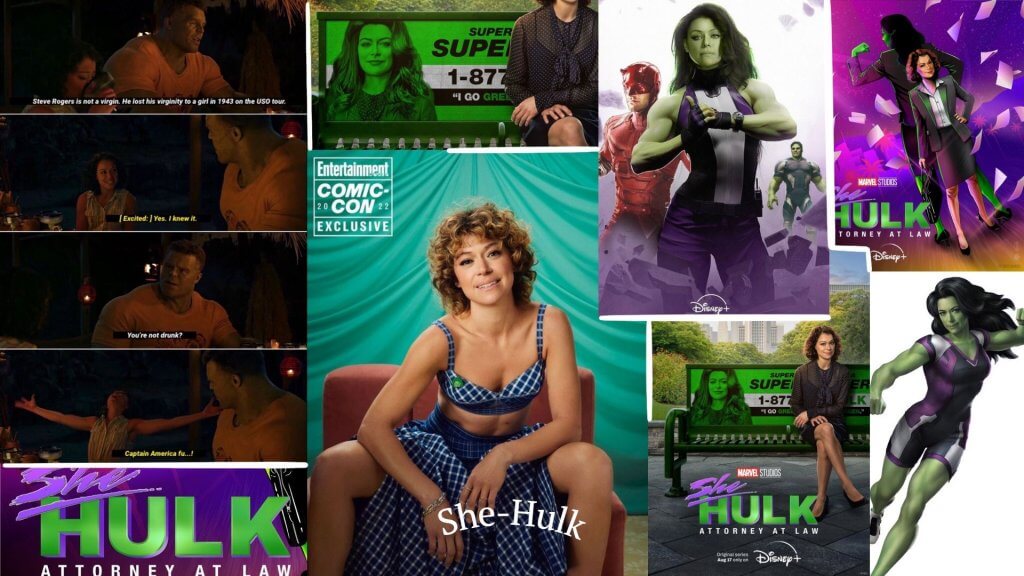